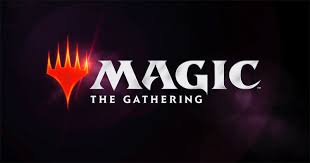 Cardfight!! Vanguard is an internationally popular card trading game where two players battle in an imaginary planet much like Earth, called "Cray" with the help of their elite units.

With many clans along with their respective playing styles to choose from, players form decks of not more than 50 (V-format) or 50 + 20 (G-format) and proceed with the battle of their lives!!

Find out more at https://en.cf-vanguard.com/

Relive the climactic scene once more on your stage! This is “Weiẞ Schwarz”, the card game entertainment of the new generation!!

Weiẞ Schwarz have about 10,000 different cards available! There are 3 main types of cards, namely the character cards, event cards and climax cards. Enjoy this card game by collecting your favourite cards from your favourite anime now!

Find out more at https://en.ws-tcg.com/about/

Magic: The Gathering is a card game in which wizards cast spells, summon creatures, and exploit magic objects to defeat their opponents.

In the game, two or more players each assemble a deck of 60 cards with varying powers.

They choose these decks from a pool of some 20,000 cards created as the game evolved.

Find out more at https://magic.wizards.com/en